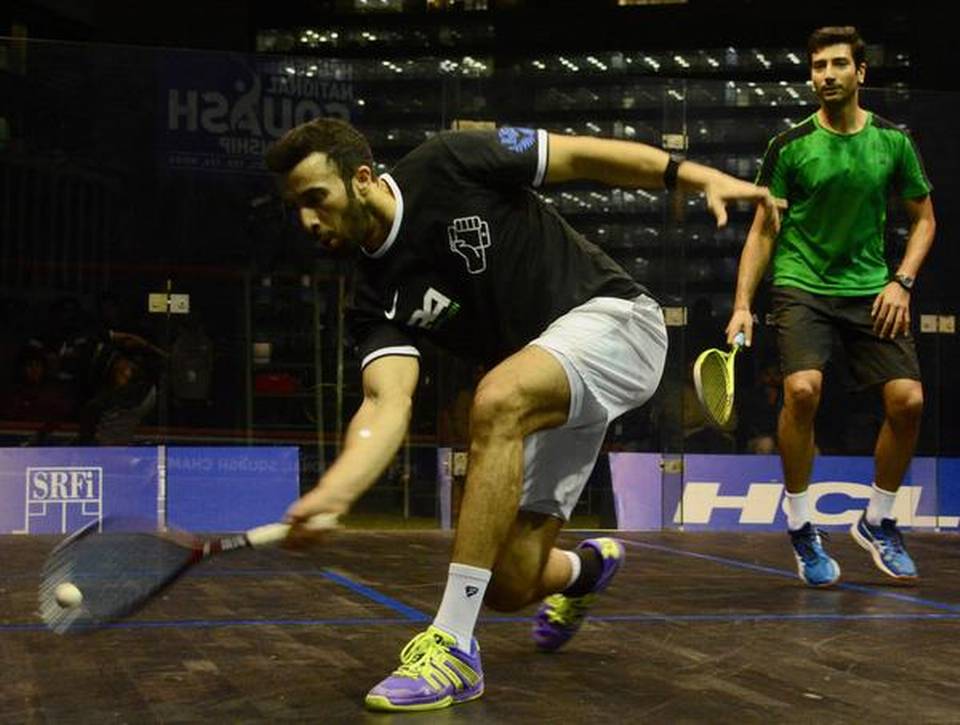 Abhishek Pradhan overcame a sluggish start to get past Saksham Choudhary 11-13, 11-5, 11-6, 11-4 in the quarterfinals of the HCL 75th National squashchampionship at the HCL Hub here on Friday.

In an entertaining contest, the fitness and sharpness of Abhishek came to the fore as the match progressed. There was a touch of assurance in Abhsihek who had trained in Barcelona for six weeks under coach Victor Montserrat, specifically for the National championship.

He has turned a full-time squash player after having graduated in the United States.

In the semifinals, Abhishek will challenge the top seed and childhood friend Mahesh Mangaonkar.

“We have grown up together, studying in the Don Bosco School in Mumbai. As a junior I had beaten him. He is much better now and it should be an interesting contest,” said Abhishek.
Harinder Pal vs Vikram
The other semifinal will feature the second seed and title aspirant Harinder Pal Singh Sandhu against Vikram Malhotra.

Both Harinder, who had won the National title in 2014 beating Saurav Ghosal, and Vikram got past tricky opponents in tough four games. Vikas Mehra had a word with the umpire about getting a walkover as there was no sign of Harinder at the arena till the scheduled start at 4.20 p.m. However, the latter walked in at the appointed time, played a fluent game and marched into the next round. To his credit, Vikas pulled off the third game to show his efficiency.