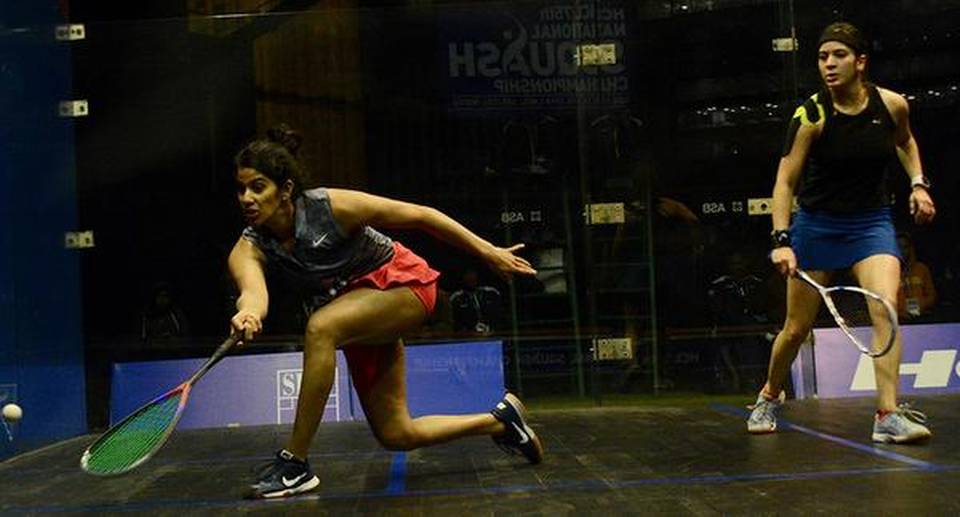 Urwashi Joshi dug into her reserves to overcome the challenge of Aparajitha Balamurukan 11-6, 12-14, 6-11, 11-7, 11-6 in the women’s semifinals of the HCL 75th National squashchampionship at the HCL Hub here on Saturday.

On a cold evening, after the sun had set to provide the ideal brightness for the outdoor glass court, Urwashi stepped it up at the crunch.

“I was making a few errors midway. Once I corrected them, I was in control,” said the second-seeded Urwashi, happy to pull off a thriller.

A trainee of coaches Lakshman Singh and Kunwar Pal Singh in Mumbai, the three-time National junior champion Urwashi said she was looking forward to the final against top seed Joshna Chinappa whom she had stretched to four games during an earlier meeting.

Joshna seemed to be running away with her match against Sachika Banvani before the latter put up a fight by clinching the third game. However, the champion stamped her class to close out the contest, making Sachika scamper to the corners and not letting her come up with strong returns.

“I can play better. He is coming up now, but I was prepared,” said Mahesh, who won the third game at love and revealed that it was his plan the whole match.
Harinder Pal retires midway
The other semifinal did not take off as second seed and former champion Harinder Pal Singh Sandhu retired in the first game, owing to a stiff lower back, while trailing 2-9 against Vikram Malhotra.

Vikram, who trains in New York with former World No. 1 Theirry Lincou of France, will be playing his second final after 2016. He said he was prepared for it this time.

“I have won nine Pro Tour titles, four this season. I had beaten Mahesh in the PSA final last year in Scotland. He is playing well and I am looking forward to a good contest,” said Vikram, ranked a career-best 55th now.

“I wanted to have a good match today,” said Vikram, a touch disappointed at not having a contest.