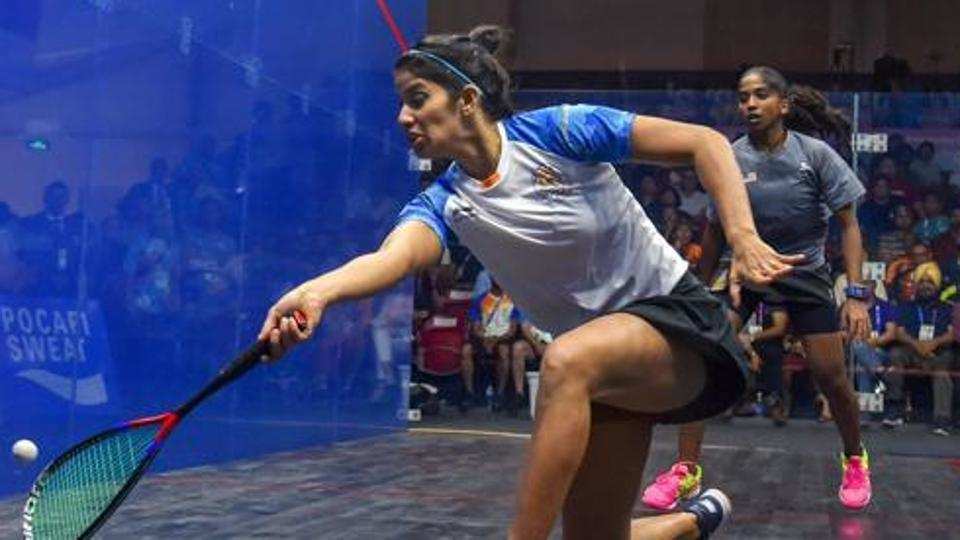 In comparison to the gruelling battle in the men’s final, Joshna had it easier though Urwashi Joshi of Maharashtra did surprise her by taking the first game. As it turned out, the dent Joshna suffered was more of an aberration. The reigning champion ensured the ride was smooth from there on en route a record equalling crown.

“There is a funny story behind this. When I was 12, my father told me that ‘you have to win your first national title before you turn 16’ and I did it at 14. The plan at that point was to win as many Nationals as I could. For me, playing the Nationals is more about reliving the child in me every since I played my first as a 12 year old,” Joshna said. Her achievements on the international stage easily eclipse Kumari’s feats and now Joshna wants to break her national record. “Yes I do want to have the maximum number of titles, I am not going to lie abut that. It is nice to equal her record. To be here after 20 years in the sport, is a testament to the work I have done,” said the world number 15.

In the men’s final, Mahesh outwitted Vikram Malhotra in a five game tussle of fluctuating fortunes. Vikram had three match points to settle the argument but failed to grab them. A final can always be tense and Mahesh and Vikram displayed that no less. A year ago in a PSA event, the only occasion when the two had met on the professional circuit, Vikram had edged Mahesh, again over five games.