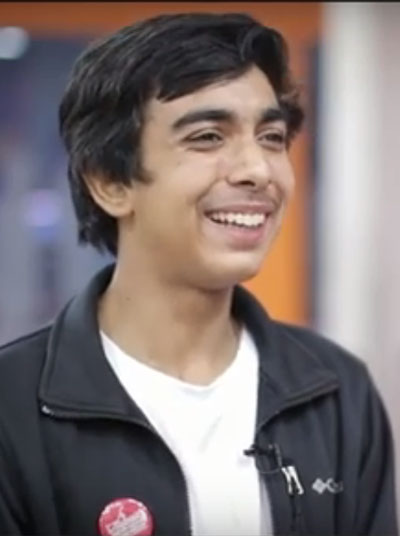 Rutvik Rau won the U-19 category for Boys

Ananya Dabke and Tejas Chawla won the U-17 category for Girls and Boys, respectively

Aasya Patel and Paarth Ambani won the U-15 category for Girls and Boys, respectively

Chitrangada Goel and Ansh Tripathi won the U-13 category for Girls and Boys, respectively

Anahat Singh and Gurveer Singh won the U-11 category for Girls and Boys, respectively

HCL, a leading global conglomerate, today announced the successful conclusion of the 3rd HCL International Junior Squash Championship. A Silver event under the Asian Squash Federation (ASF) calendar, rated five star by the Squash Racket Federation of India (SRFI), this International Junior Squash Championship is HCL’s annual flagship Squash tournament. Hosted at the Shiv Nadar University, Greater Noida, the 5-day championship is one of the highest-level tournaments in India. The winners of the Championship were felicitated by Asian Games silver medallist, Mr. Deepak Kumar with a total prize purse of approximately Rs. 6 lacs across all categories. (Photo: https://mma.prnewswire.com/media/765466/HCL_International_Junior_Squash.jpg )

The top players will receive ranking points for the matches played during this tournament, which will add up to their Asian rankings in the relevant age group. The Championship, which saw a participation from 372 players, was organised under the aegis of The Squash Racket Federation of India and the Uttar Pradesh Squash Rackets Association to promote the sport at a competitive level.

Sundar Mahalingam, Chief Strategy Officer, HCL Corporation and Shiv Nadar Foundation, said, “I would like to congratulate all the winners and participants for the great performance they have displayed over the last five days. This was HCL’s third initiative in a row to promote junior squash in the country and the growing participation every year is very encouraging. We will continue to build on this initiative to provide a serious platform to young upcoming players in the country.”

Harish Prasad, National Squash Development Officer at Squash Rackets Federation of India (SRFI), said, “It was a great experience to see these young players battle each other for the title. We saw tremendous enthusiasm amongst the young players and foresee a bright future for Indian Squash. The support that HCL is extending towards the sport is commendable and we should now start working at the grassroot level to identify more such talented players and give them opportunities like this.”

Deepak Kumar, Asian Games Silver Medallist and the Guest of Honour of the ceremony, said, “It’s heartening to see the performance of these young players. Initiatives and tournaments like this are important to ensure that India players are trained better to compete at international platforms. I congratulate all the winners and also encourage the other participants to keep up the sporting spirit.”

The Championship was played in a knockout format followed by play-offs of the top 8 positions in all categories. The details of the winners and runners up are as follows: Category BU19

Founded in 1976 as one of India’s original IT garage start-ups, HCL is a pioneer of modern computing with many firsts to its credit, including the introduction of the 8-bit microprocessor-based computer in 1978 well before its global peers. Today, the HCL Enterprise has a presence across varied sectors that include technology, healthcare and talent management solutions and comprises three companies – HCL Infosystems, HCL Technologies and HCL Healthcare. The enterprise generates annual revenues of over US $8 billion with more than 1,24,000 employees from 140 nationalities operating across 41 countries, including over 500 points of presence in India. For further information, visit http://www.hcl.com.
(This story has not been edited by Business Standard staff and is auto-generated from a syndicated feed.)