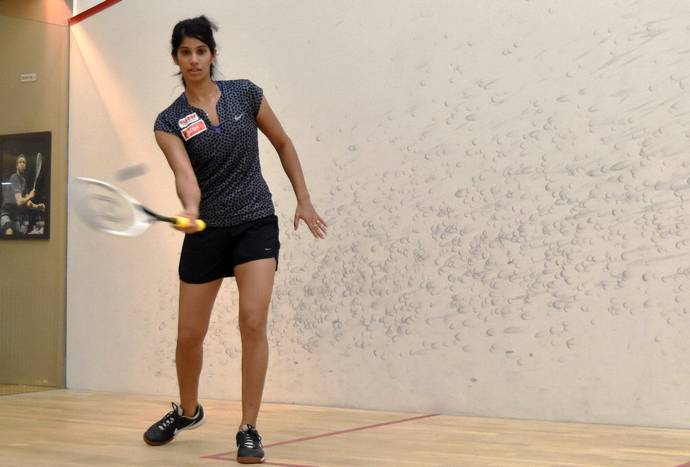 Seeded No. 1, Joshna Chinappa and Mahesh Mangaonkar, will have the same goal, with a slight difference, as the HCL 75th national squash championship moves to the HCL Technology Hub in Noida for the main draw matches on Thursday.

With an outdoor glass court, the four days promises to be a spectacle, taking the championship one step forward.

The intensity and numbers in the men’s event are absolutely intimidating in the physically demanding sport, as the players first went through pre-qualification in a draw of 256 and followed by another spell of qualification, featuring two rounds in a draw of 32.

After so much filtering, the qualifiers run into eight of the best players in the country in the main draw of 16.

In the men’s first round, Mahesh will play Naveen Jangra. Second seed Harinder Pal Singh Sandhu, another title aspirant, will open against Ashish Patel. Ghosal had opted to skip the national championship after winning 12 titles, as he felt that the season had been pretty demanding in the international circuit.

In the women’s event, Joshna will open against Sunidhi Pandey. Lakshya Ragavendran who had given a good fight to Joshna in the final last year, retired in the first round of qualification this time in a draw of 64, when she was drawn to play Soni Kumari.

Urvashi Joshi will be the second seed and will have her first round against Divyakriti Singh.

Only the top two seeds in the women’s event will play their pre-quarterfinals at the HCL Hub, while the other six matches will be played at the Siri Fort Squash Courts.

With only one court at the main arena, the other events will move to the HCL Hub only for the finals.