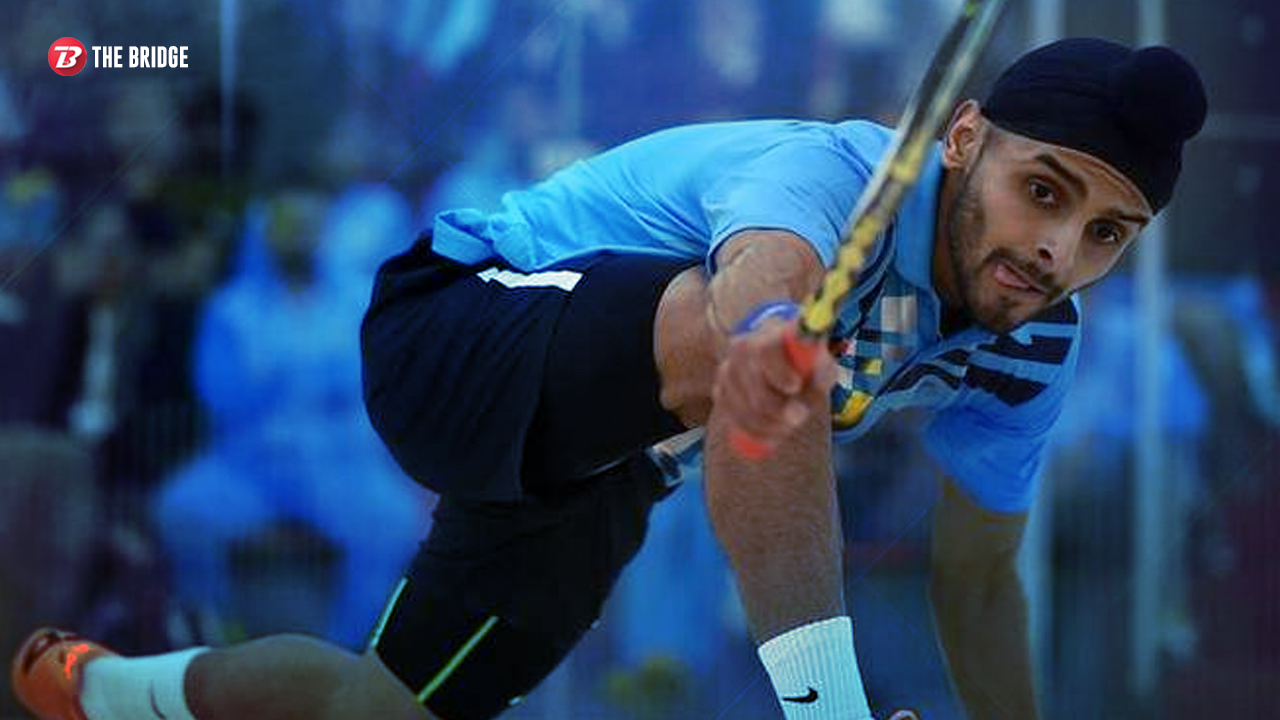 Squash Nationals: Harinder Pal Sandhu too good to be put off by injuries

The word around was that his opponent in the first round of the HCL 75th Senior National Squash Championships had already booked his return train tickets. Now, this tells something about the regard that Harinder has gained from his fellow players.

As it turned out, the second seed Harinder won the match without breaking a sweat by 11-5 11-3 11-5. However, that did not prevent him from shedding a lot of sweat in practice post the win. The measured man that he is, the 29-year-old does not make sweeping remarks about his hopes in the coming matches.
‘One match at a time,’ he says. Being born in Chandigarh, you wonder how Harinder started with squash in an area with such a thriving culture of hockey and cricket. He credits his school for making him fall in love with squash.

“I started playing in YPS Mohali. So squash was one of the games in our school where, in the sports hour, we had squash as part of our sports curriculum,” he says.

But playing with friends, playing in school is one thing, and turning pro is another. Did the transition happen organically for Harinder or there came a time when he had to make a call.

“Family supported me as I was doing well in sports. They always encouraged me to do well, so I kept going.”

The support of the family is always a boost, but it takes guts to for an athlete to decide on playing the sport professionally as it demands a lot of time, attention, energy and money. There might have been a time even in his life when he would have sat down and thought to himself whether this would be good enough to feed him throughout his life and take care of his family in the long run. How did he then convince himself that this is the best thing he could do with his life.

“To be honest, that thought never appeared to me ever since I was playing. I was playing for the enjoyment of the game, and the money part and the financial part came much, much later.”
“I’d say it came five or six years back when I finished my juniors, while I was still on the PSA tour when I was doing okay on tour also. So, all these thoughts never came to my mind.”

“I was just playing for the love of the game initially. I thought as long as I keep doing well, everything will fall into place.”

Things have obviously fallen into place quite well for the man who has 8 titles in his kitty.
So, when did the turning point come?
When did an unassuming Sardar from Chandigarh come in the national reckoning and started to be known as one of the best squash players in the country?

For him, that moment was the 2014 Asian Games held at Incheon. Life changed for Harinder after that as not only did he get more media attention but Harinder repaid the faith that the Sports Ministry had showed in him. Harinder Pal Sandhu was a part of the Indian team, who won the Gold Medal at the 2014 Asian Games held at Incheon.
“Yes, things changed tremendously after Incheon. I got a lot of attention from the media, from the Sports Ministry as well. They had been supporting us for a long time, and I think silver would not have done justice, only gold would have done justice to all the efforts the Sports Ministry had put in. That was a major boost for squash in India.”

Harinder did have a great start to the Nationals, and he looked in great rhythm, but he stayed away from making tall claims. He is not one of those blokes who are out there and say that yes, I am going to win. Instead, he takes a more conservative and modest route.

“I would take one match at a time because squash is a unique, very different game. It is always up to that day. How you are feeling, how your opponent is feeling and it’s just on that day who plays well, who feels better that day. That’s (winning) the ultimate goal, but I’m taking one match at a time,” Harry signs off, only to have another round of training.

Unfortunately, Harinder had to throw in the towel against Vikram Malhotra in the semis after he aggravated a back injury. But he is too good to let injuries get the better of him. On the back of his work ethic, the mild-mannered man will bounce back fitter than ever for his next major tournament.