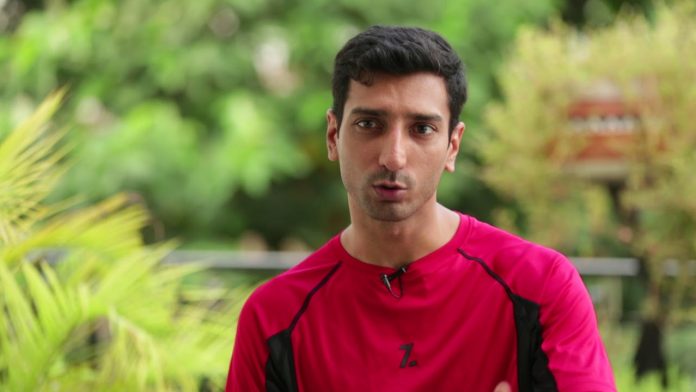 Gaurav Nandrajog had a lot of good things being said about him when he defeated Ritwik Bhattacharya, the then Indian squash star, in 2006. He was the second best ranked Indian squash player at one point, but with injuries and poor workload management, he drifted into oblivion for some time.

However, with the body finally getting back to its best in a long time, 34-year-old Gaurav looked buzzing with energy and positivity at the HCL 75th National Squash Championship. With renewed vigour, can he do something extraordinary towards the fag end of a promising yet unfulfilled career?

Here’s a conversation The Bridge had with him on the sidelines of the HCL 75th National Squash Championship.

Q: Why did you choose squash?

It’s a beautiful sport. My dad was in the Indian Army, so it was quite easily accessible for us. He was posted in Sweden from 1990 to 1993. That’s when I started watching him play squash, and he had become Services Champion before that in any case. So once we came back to India in 1993, he got me started on squash.

Just thoroughly enjoyed the sport. The challenges that it gave you on a daily basis was just insane. For me, I just like doing something hard literally all the time so this was only one of the most challenging things.

Q: Once you knew this is what you wanted to do, how did you go about things then?

I was 14 years old when I won my first Under-15 National Championship. After that, I became number one in the under 17 and 19. I was number two in the men’s as well.

I went to Chennai for training for a couple of years. That time, Harry and all were juniors. They were good training partners obviously, Harry, me, Ravi. Saurav was not there, unfortunately.

At that time, I landed up getting a lot of problems in my lower back, my full spine. In 2006, after I beat Ritwik, I don’t know what happened. Possibly, I burnt out.

India is a bit behind regarding rehab, nutrition and physical build up. We mostly have on-court training and spending some time at the gym. If the physical buildup is not proper, at some point, you will exhaust yourself or burnout physically.

Q: Are you doing anything on an individual level to change this?

We are now trying to develop that. I coach. I have a coaching academy as well- KhelPro academy. We run out of DDA, Vasant Kunj. We have it at the Delhi Gymkhana as well. So there are two academies currently. We have ended up mentoring the under 19 champions right now.

Now we know what technique to impart because in India till now there was no one teaching you the nuances of the sport from the word go correctly. It was always like if we get some talented kid, we will train him or her.

Our whole outlook is very, very different. We take anyone and everyone in our academy, no matter what age. We have special children also. We have an underprivileged program as well in our academy.

Q: The coaching, as you say, seems to be gaining momentum but how are you currently feeling as a player?

In the last 11 years in which I have not been doing well, I have been trying to figure out who the best person for the right job is. I have finally put the last piece of that with physical rehab which is not the general kind of rehab that you would go to. I have got one guy who is fixing my spine.

I had got scoliosis in my cervical spine. There was no curvature left, and C4 and C5 were hitting my spinal cord. So that is why, 11 years ago, my right side started deadening.

It was only three and a half months ago that I found Tony (the rehab guy) and it has just been up and up from there. So I am just looking forward to the next three months. Physically, I feel that I am recovering back to what I used to be at one time. So after the last 11 years that have been so negative, I am all happy right now.This article was originally posted on The Bridge website.