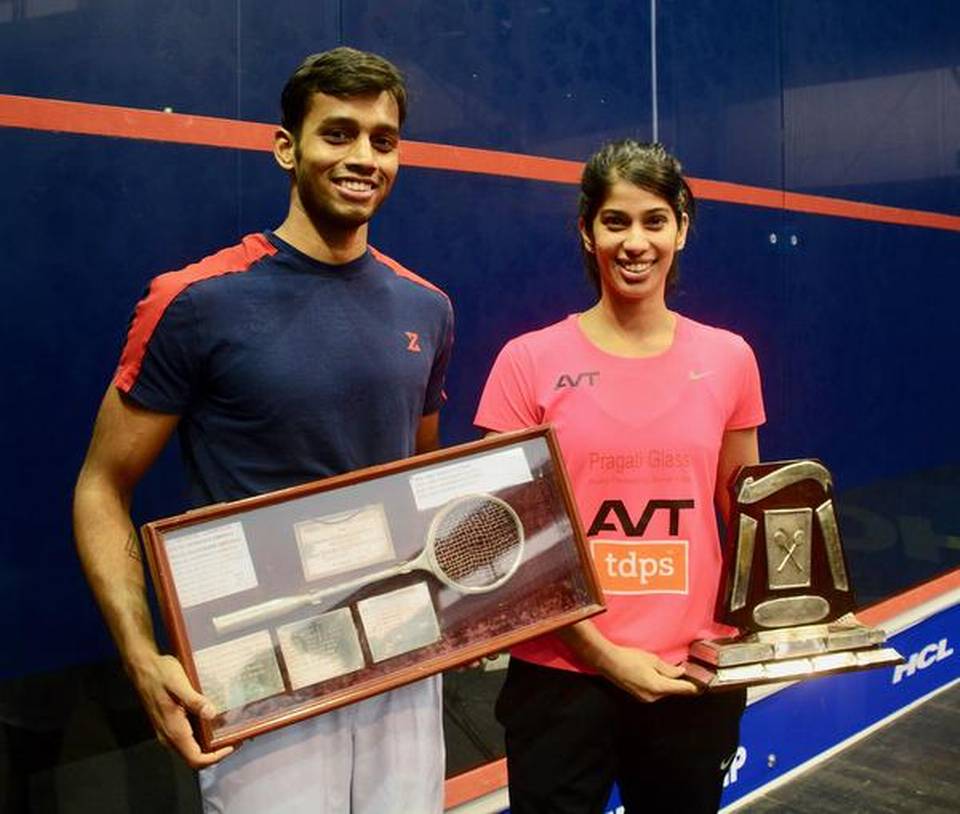 It was a heady climax as Joshna Chinappa won her 16th title and Mahesh Mangaonkar wrestled with Vikram Malhotra in a thriller to win his maiden crown in the HCL 75th National squashchampionship here on Sunday.

“I had lost to him two years ago in the PSA final. Happy that I hung in really tough today. I could have played a lot better, but am happy with the national title. It was a mental battle and we were playing at the same level,” said Mahesh.

Joshna felt that the unpredictability of domestic rivals, in the absence of Dipika Pallikal, often tended to make her lose focus. It was “crazy” to play with so much of sunlight on the court, and that was a little unsettling for Joshna.

“Urwashi has great hands and played the best that I had seen her. I love playing the national championship,” said Joshna.

The president of the International Squash Federation N. Ramachandran congratulated the champions and commended the runners-up before giving away the prizes.