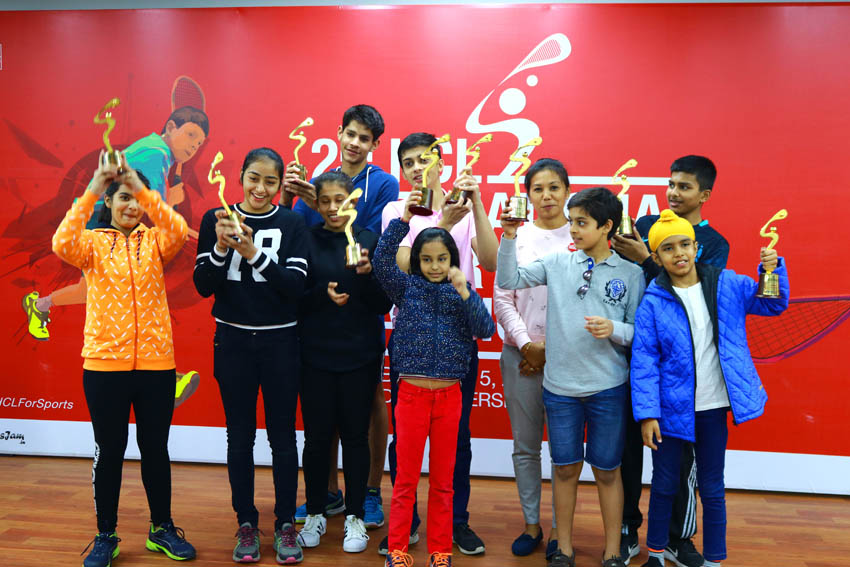 oday a successful conclusion of the 2nd HCL International Junior Squash championship – a Silver event under the Asian Squash Federation (ASF) calendar, rated five star by the Squash Racket Federation of India (SRFI). Hosted at the Shiv Nadar University, Greater Noida, this 5-day championship is one of the highest-level tournaments in the country. The winners were felicitated by Arjuna award winner Bombayla Devi Laishram, a celebrated Indian archer with a total prize purse of INR 5,49,000 across all categories.

The top players will receive ranking points for the matches played during this tournament, which will add up to determine their Asian ranking in the relevant age group. The Championship, which saw a participation from 261 players, was organised under the aegis of The Squash Racket Federation of India and the Uttar Pradesh Squash Rackets Association to promote the sport at a competitive level.

Sundar Mahalingam, Chief Strategy Officer, HCL Corporation and Shiv Nadar Foundation said,” I would like to congratulate all the players for their outstanding performance and hope that they will keep practicing so that next year the quality of their game is raised further. Harish Prasad, National Squash Development Officer at ‎Squash Rackets Federation of India (SRFI) said, “It is always wonderful to see such young players walk into the court with the determination to show their best game.

The Championship was played in a knockout format followed by play-offs of the top 8 positions in all categories. Aryan Parekh won the U-19 category for Boys Sanya Vats and Sankalp Anand won the U-17 category for Girls and Boys, respectively