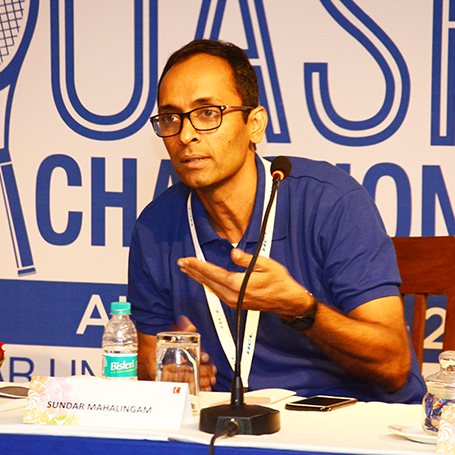 Greater Noida:Indian multinational IT services company HCL announced on Monday the start of the second edition of the Rs 549,000 International Junior Squash Championship — a Silver event under the Asian Squash Federation (ASF). The event will see action-packed matches between December 11 to 15 at the Shiv Nadar University campus here. The Championship will follow a knock-out format followed by play-offs among the top eight positions in each categories. Also Read – Sensex, Nifty turn choppy; HCL Tech rallies 4 % A D V E R T I S E M E N T The top players will receive points that will be included in their Asian rankings. It is open to boys and girls in the Under-11, Under-13, Under-15, Under-17 and Under-19 categories. The prize money will be equally divided among boys and girls. Chief Strategy Officer HCL Corporation Sundar Mahalingam said: “Encouraging sports is an important part of HCL’s brand philosophy of touching lives. It is our endeavour to support those sports which have remained outside the spotlight.” Also Read – HCL Technologies sets up cyber security centre in Texas Advertise With Us “This championship is HCL’s flagship event in Squash and I hope that it will provide a competitive platform to the young squash players, so that they may test their mettle against other players and improve their game.” Cyrus Poncha, Chairman SRFI National Circuit and National Coach, Squash Rackets Federation of India said: “This is the second time we will be hosting the Junior Squash championship at the Shiv Nadar University and HCL’s support in this journey has been remarkable. “This year, we hosted the National Squash championship as well at the same venue and it was an action-packed tournament. We are now looking forward to another amazing championship with the HCL International Junior Squash Championship.”